Victoria Beckham made her first appearance at New York fashion week a decade ago as a novelty act, but she leaves as a headline one.

Her Sunday morning catwalk show was her last before she joins London fashion week in September. That it is seen as a significant blow for New York fashion week is testament to a remarkable success. 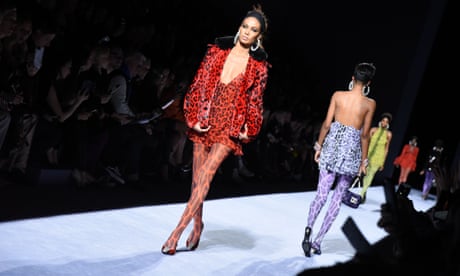 “It feels like the right way to round off showing in New York,” Beckham said of the new location for the show, which moved this season from the cavernous Cunard building in the financial district to two Upper East Side drawing rooms. “It’s more intimate, like my first shows were. I wanted this to be a nice thing to do on a Sunday morning. I want people to enjoy coming to my shows.”

The “intimate” venue was, in fact, a sumptuous Renaissance-style mansion that was one of the largest private houses in Manhattan when it was built in 1918 by the architects of Grand Central Station. David Beckham and the couple’s three youngest children kept Anna Wintour company in the front row.

The magic trick on which the Victoria Beckham brand is based is a sleight of hand. On the one is her relatable persona as a working mother of four, and on the other her aspirational level of polish and glamour. It is a compelling balancing act, and one which has made her a significant player in the luxury industry.

Her success is yet to translate into profit. Despite sales of £36m last year, the brand posted a loss of £8.4m, but the company plays a long game, shoring up the prestige of a name that is not as yet accessible to mass market consumers. A forthcoming collaboration with Reebok may signal a shift in strategy.

While many fashion shows divide between the head-scratchingly avant-garde and the eye-rollingly predictable, Beckham navigates a course somewhere in between. As fashion has shifted from bodycon dresses to a looser silhouette over the last decade she has kept pace with the change of aesthetic, while staying within the guard rails of what is feminine and flattering. 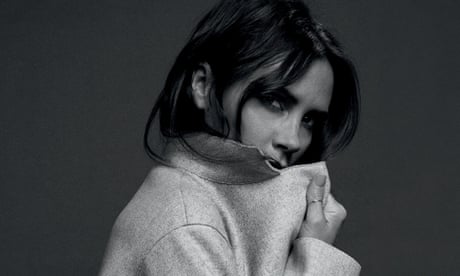 Victoria Beckham: I used to feel famous, but now I feel successful

On this catwalk, sculptural dresses in felted wool, with narrow torsos and full-length back zips – albeit hidden in the seams this time – nodded to the hourglass dresses of her very first collections. “The dresses I started with were a celebration of the female form, and this collection is a new take on that. A lot of my customers still want that silhouette, so it’s about finding a new way to do it,” Beckham said.

A leopard print chenille jacquard coat, inspired by an upholstery fabric found in Venice, and silk pieces in a trompe l’oeil print made to look like fur, were highlights of this show. “I don’t wear fur myself, and it’s not right for my brand. So this is my version of fur,” Beckham said. “I’ve never had leopard print in the collection before, but when we had these pieces hanging in the studio I really noticed how women were drawn to them. There’s definitely something about leopard print.”

“I want to celebrate my ten year anniversary at home,” Beckham said of next season’s move. “I’m nervous, though, because I’ve never shown in London.” Rumours of a special commission for the forthcoming royal wedding, sparked byMeghan Markle’s choice of a Victoria Beckham sweater in official photographs, were quashed with a flat denial. “She looked absolutely beautiful in my jumper. I’m sure it will be a really fun wedding. But no, she hasn’t asked me to do the dress.”