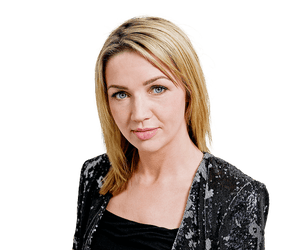 Quite like Fab ice lollies; never thought I’d want to dress like one. Well, never say never. Fashion keeps on pushing the colour envelope, and two colours together is no longer enough. Tricolore dressing is the new frontier.

Fashion’s return to technicolour after decades when it was essentially a bit naff to wear anything that wasn’t black is a trickledown from the street-style peacocks who use colourful dressing as a way to get noticed. The erosion of the status of black began when it started to be outranked by navy, and went mass when Kim Kardashian underwent a style makeunder which involved wearing grey or beige head to toe. (A full house of Trump red has been on a few catwalks recently, so we will have to deal with that at some point. Consider yourself warned.)

A full look in one colour is bold, but it is straightforward to put together. Colour blocking, on the other hand (as in wearing colour in distinct segments, rather than stirred through your look in a colourful print) is next-level stuff. This is how fashion’s A-star students virtuoso-signal their brilliance. 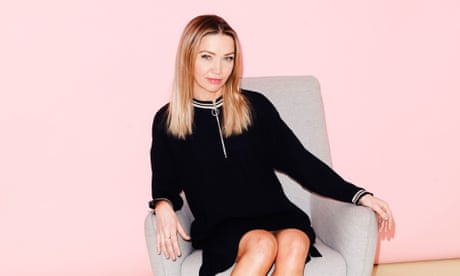 What I wore this week: a tomboy dress

The way I’m wearing it here is the take-no-prisoners route of three separate clashing colours. High street retail is big on colour blocking but tempting though it is to delegate decision-making to what you see in a shop window, it is loads easier to colour-block with pieces you have in your wardrobe. That way you already know which tops only look good tucked in, or which trousers only work with a heel. Pull out all the colourful stuff that you like but never know what to do with, and put some combinations together.

Gives you a headache just thinking about it? Here’s an alternative idea. Tricolore dressing also works with three shades of the same colour. For instance, I’ve got a purple skirt that I wear with a raspberry blouse under a burgundy sweater, and it works. What’s more, it makes use of three pieces I never used to wear, because they sort of look a bit basic with black. As a halfway house on the road to Fab dressing, it’s pretty fabulous.